As the election nears, here’s a chart that caught us by surprise.  What you see below is a graph of three separate $10,000 investments beginning in 1896 through June 2020.  The gray line represents $10,000 fully invested regardless of which party occupies the White House.  The blue line is only invested during a Democratic WH and red only during a Republican WH.  Note toward the bottom (way below the gray line) that Democratic occupants outpace the performance of Republicans.  At closer look, you can see this gap widened in 2009 after President Obama took office mid-financial crisis and presided over a strong recovery in the equity market.

The point, however, is that remaining fully invested regardless of which party occupies the White House has turned a $10,000 investment into the range of $5-7 million relative to something less than $1MM when picking one party or the other.  Here again, time in the market matters much more than timing the market. 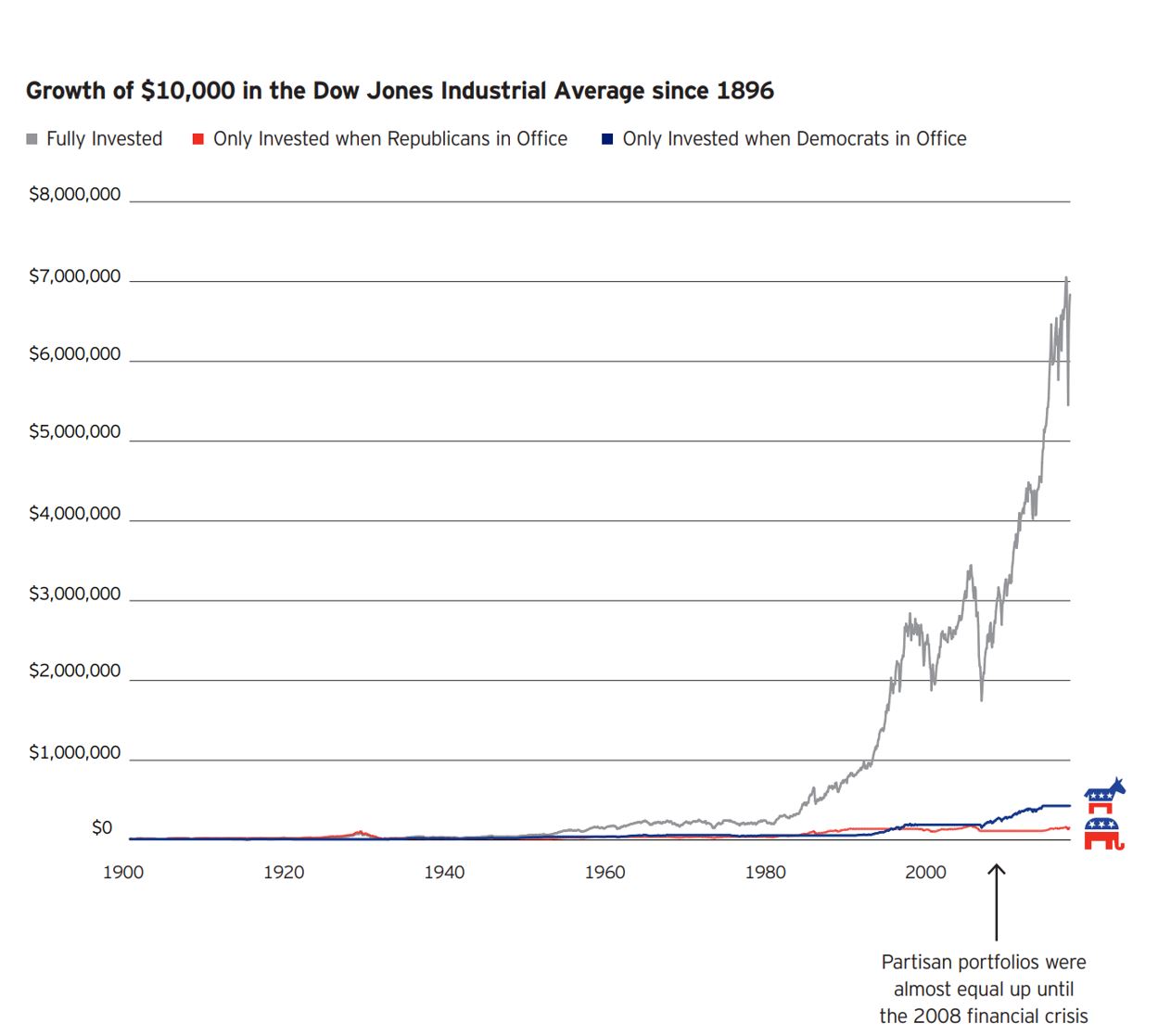 Sources: Haver, Invesco, 6/30/2020. For illustrative purposes only. The Dow Jones Industrial Average is a price-weighted index of the 30 largest, most widely held stocks traded on the New York Stock Exchange.